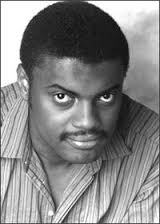 VARIATION II: GETTING TO KNOW ‘GREW

Back in 1985, I was sporting a 1980 brown Ford Thunderbird, which I spent more time pushing than driving around the city of Los Angeles. Keep in mind, this was right around the time compact discs had begun to flood the scene, but I had no such thing in my “hooptie”, just a radio/cassette player. The sound system was “tricked out” and actually cost more than the car itself, which I bought used (now “pre-owned”) from a vato down the street.

As I was getting ready to exit my ride to walk into the house, this blazing track came on KKGO 105.1-FM, which I recognized as the chord changes to The Days of Wine and Roses, but totally done in by some new composer’s wizardry. Halfway through the performance, I was back on the road, on the way to the nearest record store, because I knew once deejay Chuck Niles announced who this monster was murdering these changes, I was going to have to snatch that joint up. (No smartphones, no Shazam, no SoundHound apps.) Well, by the time I got to Sam Goody’s, the tune was over. Chuck back-announced it and I asked myself, “What the hell is a Mugloo Milner?!?” Needless to say, I got that straightened out and copped what is still a prize possession – “Keys to the City”, Mulgrew Miller’s first recording as a leader on the Landmark label. So, I popped the CD in my player at home and learned the entire album. (The tune, by the way, was Promethean.)

When I first met Mulgrew, he was playing with Tony Williams at Catalina Bar & Grill (back when it was on Cahuenga). I was the only Black teen in the house that night, so it was easy for him to zero right in on me with that big down home smile of his. After the gig, I wound up taking him to a Thai food place around the corner and then finally, to a nearby Holiday Inn, where he was staying for the week. By the time I got home, it was about 3am and moms was absolutely furious (again, no cell phones.) While she was reading my title clear, all I could hear was that ridiculous solo Mulgrew had just slayed the audience with on Arboretum. Mulgrew would continue to come to LA a couple of times a year, mostly with Tony Williams or sometimes Benny Golson. He knew to look for me and I certainly always tried to look out for him.

Musicians like to joke on stage when announcing each other: “My grandfather used to play his records for me when I was a kid”, etc. This is one of the oddities of the Jazz world; age doesn’t seem to be so apparent because the music and the musicians seem timeless. Mulgrew was 15 years older than me, but always addressed me as a peer. You would think with the age difference, his vibe would be more avuncular, but he was really much more big brotherly. He was painfully humble and extraordinarily compassionate. Perhaps, it’s this disposition that kept him from the exposure he desired, but even Mulgrew might shun the idea that he was entitled to anything. However, he was hardly passive, rather, he just opted to pick his battles.

He became more than a musical hero to me; he became a mentor and a friend. And ironically, I always noticed my blood pressure decreasing when I was around him. Maybe he has nine lives…

2 thoughts on “MILLER VARIATIONS (II): A Glance at Mulgrew Miller in Three Parts”